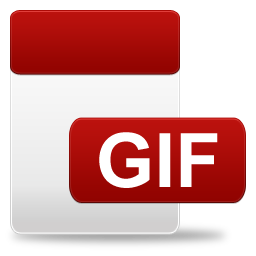 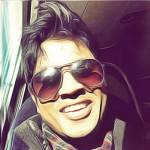 Gif’s, pronounced Jiff’s, are some of the oldest type of picture contents. It’s almost as old as the internet, having been invented in 1987. It’s a mix between a picture and video, yet it takes as little space as a picture does and is incredibly well compatible.

Gif’s are so old as a concept so the technology works on all browsers, operating systems and copmuters. Even a Windows 2000 with an old internet explorer version would display a gif picture and load it in seconds. Can’t say the same about Youtube embed.

Gif pictures are being reborn now due to rapidly increasing popularity of these pictures. The popularity of gif’s in 2016 are driven by:

Twitter has introduced gif pictures and they have been incredibly well perceived by the users. They don’t auto play, so are not viewed as annoying by the users, and fit incredibly well in the 140 characters world – more things can be communicated in even a shorter period of time.

Tinder, the famous dating app, has also introduced gif communication. With a back end catalog of hundreds of gif’s, it’s never been easier to break the ice and start a conversation on Tinder.

Vine and Tumbler have been born on the concept of the graphics interchange format (gif) and have gained enormous popularity. This has opened the eyes of many content creators on how people want to engage with each other and how community managers, internet celebrities and brands can pass on their message in an engaging manner.

The fact that gif’s and similar concepts work well on mobile phones is also very much driving the popularity of gif’s in the modern world of responsive design, mixed devices, diversity in screen sizes and operating system wars.

Maybe the most important aspect is the fact that attention span of the modern internet user is becoming shorter each and every day. Your content is competing against hundreds of others. The gif allows you to pass the message quickly, engage on peoples visual sense and keep their attention.

This is crucial in the modern world of information overflow – the average internet user looking for entertainment is not looking at reading 1,000 word long articles. A 5 second long Gif will do it.

How do digital marketers utilize the growing popularity of Gif’s

These are the key take home action points of using GIF for your online marketing:

Take your time and experiment on what works and what does not. Start by a few and see the bounce rates, how well it hooks etc. If you overdue them it might lead to even more information overflow for your users and nothing good comes from that.

The millennials, people born between 1980-2000, are the key audiences to target with GIF’s. The closer your audiences date of birth is to the year 2000, the more true this is.

Although most of us at ClickDo fit in this generation, I must admit – our attention spans are, for a lack of better word, screwed. Especially the people aged 16-24 years old. You must capture their attention very quickly, hook it and direct it to your landing pages.

GIF’s are absolutely perfect for this, Vine has proved this. Again – this is less the case with the millennial’s born in the 1980’s, but if your average user segment is aged 18 years old – be sure to utilize GIF’s to capture their traffic.

There are probably tens of millions of GIF’s available online. Especially when starting – don’t waste your time creating new ones. Use the exiting GIF’s to experiment with your online marketing.

Because of GIF’s compatibly, they’re perfect if your traffic is from all over the world with different devices and internet connections.

This time, they are here to stay. GIF’s are going to be the future of advertising, even offline advertising. Experiment, play around and if you truly want to stay competitive in the modern digital world –  stay on top of the GIF game. Follow what’s happening, the developments and the new platforms.

Breadcrumb was derived from the fairy tale story in which the two little girls Hansel and Gratel used breadcrumbs as...