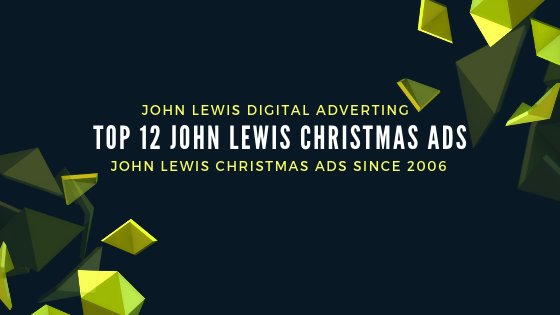 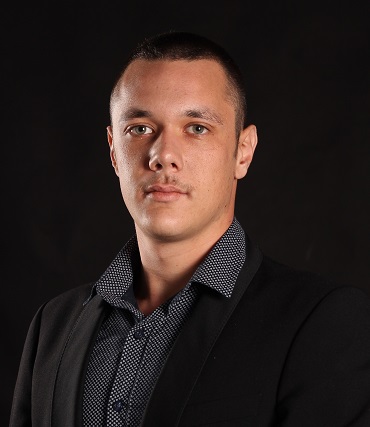 John Lewis is one of the leading companies known for its high-profile adverts. They have raised the bar over the past decade with their Christmas ads that set the mood for the festive season.

With over £1 million spent on productions, the store on average makes £8 for every £1 spent and expects at least a 16% rise in sales over the festive period. With profits dropping 99% each year, their festive ads are a much-needed respite in hard economic times. Over the years they have chosen deeply emotive ads to drive sales.

However, with their mixed response to their 2015 ad, “Man on the moon”, the Marketing team mentioned they might consider going a different direction in the years to come.

This was the first John Lewis Christmas ad.  In the advert, it shows a group of people placing items in a careful arrangement. Each item is strategically placed with a bright light illuminating the items forming a shadow in the background. In seconds, we see the seemingly haphazard items form a beautiful shadow of a woman walking her dog through the snow. The theme was titled, ‘Whoever you’re looking for this Christmas’.

The theme of this ad was based around the idea that you can find the right gift if you know the person. For the geeky student, a chemistry set. For the sleepy guy, a coffee maker. It also depicts practical scenarios like a lady in the rain needing an umbrella and a few hilarious ones too; a dog with luscious fur needing a blow dryer and, in its simplicity, shows the retail brand has everything for everyone.

In this advert, John Lewis worked with the agency, Adam & Eve, then a start-up agency to launch this campaign. The advert shows children opening up presents that are clearly meant for adults; a young girl wearing a long necklace, a young boy testing shoes that are probably meant for his dad, two children gleefully unwrapping a present to unveil a coffee maker; a young lady wearing a bag that clearly for her mum or an older sibling. Yet throughout the ad, the sense of joy, excitement, and wonder is evident on their faces. With the tagline, ‘Remember how Christmas used to feel? Give someone that feeling’ summed up the ad.

In this emotive ad, we see different people getting gifts for people they love. The opening scene shows a couple sneaking into the house, carrying a gift for their kids as the children enjoy a show on TV, oblivious to mum and dad heading upstairs with their Christmas present. It shows a mechanic taking a break from work to wrap a gift for his wife. A guy struggling at work to wrap a gift at his work desk, clueless how to get it done. Then a young boy, carrying a Christmas stocking from the house and leaving it on the dog’s kennel. The advert wrapped up with, “For those who care about showing they care”.

This 2011 advert put the John Lewis brand on the map when it came to Christmas advertising. It was the first time they chose an ad that told a whole story from start to end. The ad shows a young boy, waking up days before Christmas and counting the days to Christmas, anxiously waiting and frustrated at how time moves slowly. We see various scenes of this long wait; the weather change, the activities spent trying to pass time, even using magic to try make time fly. On Christmas eve, we see a scene where he wolfs down food and quickly goes to bed, eagerly anticipating Christmas day. All along one might think he is looking forward to Christmas to open his gift yet this is not the case. Christmas day arrives and he jumps out of bed, ignores a pile of presents at the foot of his bed, goes to his wardrobe to remove a gift he has been anxiously waiting to give his parents, with a big smile on his face. The theme; ‘For gifts you can’t wait to give’.

After their 2011 campaign success, the brand had big shoes to fill with their 2012 campaign. Retaining the story theme, the ad shows two children creating a snowman and a snow woman. The snowman has a scarf and is sad to see his partner doesn’t have a scarf. We see the snowman braving the elements; walking through fields, a river, crossing mountains, crossing a highway to get into the city. He eventually arrives at the entrance of a store, presumably a John Lewis store with a broad smile on his face. We then see a scene of both the snowman and snowwoman, holding hands, smiles on their faces. The snow woman with new mittens, a scarf and hat on with wrapping paper at their feet. The theme, ‘Give a little more love this Christmas’.

In this animated ad, it starts with, ‘There was once an animal who had never seen Christmas’ and it shows a scene of a bear with a hare on his back. The hare leads the bear to a tree where the other animals are gathering and the bear, seeks a place to hibernate during winter, leaves the hare behind. As the days pass, the hare thinks of the perfect Christmas gift to give the bear, an alarm clock and the bear gets to enjoy the beauty and wonder of Christmas. The tagline, ‘Give someone a Christmas they’ll never forget’.

The brand chose to stick to the animal theme and chose to tell a story of Monty; a penguin who dreamed of love at Christmas time. It turns out that Monty was an imaginary character the boy created based on his stuffed toy and under the Christmas tree, we see a gift of a female penguin toy. The theme; ‘Give someone the gift they’ve been dreaming of’.

In 2015, John Lewis chooses a different direction. It’s a tale of a young girl who sees a lonely old man on the moon while looking through her telescope one evening. The retail store wanted to highlight that over a million older people in Britain experienced loneliness during the festive season. It shows the girl making several attempts to get the man’s attention; from writing a letter, trying a bow and arrow to send her message across and eventually, she finds a way to connect with him, bringing him joy.

We see a scene where a little girl jumping on her bed as her dog, Boxer watches on. Her dad is in the backyard putting together a trampoline for her and when the night falls, a group of wild foxes, squirrels, hedgehogs, and squirrels try out the trampoline as Boxer watches in envy from the comfort of the house. Morning dawns and as the little girl runs outside to enjoy her gift, Boxer beats her to the trampoline and starts jumping up and down in joy as everyone watches him in amazement.  Tagline; Gifts everyone will love.

The ad shows a young boy who can’t seem to sleep since there’s a monster under his bed and once he faces the monster, he realizes Moz means no harm and they start to fool around. This becomes a habit and the boy spends all night playing and he can’t keep awake during the day. On Christmas, he finds a crudely wrapped gift and he checks and discovers the monster has disappeared and has left something precious for him. The tagline,  ‘For gifts that brighten the world’.

In this ad, John Lewis and Partners share a story about the power of a gift. It shows Elton John in his current years playing the piano and goes back in time to show highlights of his career through the ages to the very moment when he was a small boy when he received his first piano that changed the course of his life. ‘Some gifts are just a gift’.

Through these Top 12 John Lewis Christmas Adverts Since 2006, we see how creativity brings a brand to life. This is where digital advertising agencies like ClickDo Media come in; to come up with impactful campaigns that are timeless and to help reach your audience in a powerful and profound manner.

You can get in touch with our creative media team to talk about digital advertising and how we can help you create outstanding ads like John Lewis Christmas Adverts.

John Bucalo
Just a short biography my name is John Bucalo, I am from Adelaide, Australia. I have traveled well around the world and so far have lived in three different county’s and two continents so far... I love SEO and take pride in my work as an SEO Expert and owner of Aussie SEO Adelaide.