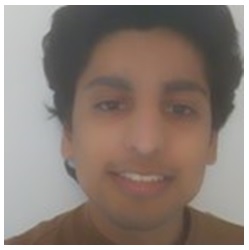 Recently people have been saying to me, “Tumblr backlinks don’t work”

Whenever I hear statements like this, it makes me cringe.

Because these people have no way to back up these statements.

When in reality, web 2.0s are some of the most valuable backlinks you could have in 2018 and years to come.

When people decide to create Tumblr backlinks, all they do is…

…put up a few words and link out to their site.

This is NOT how you build Tumblr backlinks.

In fact, if you do what I just described, you’re going to be wasting your time.

Because that link will be useless and you could get hit with a Google penalty.

When building a Tumblr backlink, you need to make sure it looks legit. You need to take your time and actually build it out.

Why you should build Tumblr backlinks You see, you’re not simply starting with a fresh domain that Google has never heard of.

This means you don’t have to wait months for Google to index your site or build your domain authority.

Tumblr has already done the hard work for you.

You’re essentially latching onto their domain and using its authority to power up your site.

This is called parasite SEO. First of all, before I built the Tumblr backlinks back to my blog post. I had to actually create the blog post and optimise it.

I picked a keyword that had a few hundred search volume and buyer intent.

I then searched for that keyword in Google and took a look at the competition. I was confident that I could outrank them.

Next, I clicked on all the blog posts that were shown on the first page and took note of the posts with the most amount of words.

After I found the post with the most amount of words on the first page, I decided my article was going to be a few hundred words longer.

I then made sure to optimise my post’s:

After the post was made and optimised, I then published it and submitted it to the Google search console so it could be indexed.

Before building the Tumblr backlinks, I let the post sit for 2 weeks and collect some traffic. After 1 week, I decided to build the Tumblr backlinks.

I didn’t build the Tumblrs from scratch, I purchased expired Tumblrs and built them like that.

Why should you purchase expired Tumblrs?

You see, when you create a new Tumblr, it’s lacking page authority.

The page authority is going to allow the link juice to flow to your site and power it up.

2 great ways you can gain page authority is through links and age.

That’s why I would highly recommend just purchasing expired Tumblrs.

They don’t cost a lot either. You can purchase 10 page authority 40 Tumblrs for under $50.

You can purchase these expired Tumblrs from sites like Fiverr.

I would recommend starting with 20 of these Tumblr links.

Here’s what it looked like after I built 20 expired Tumblr links to my page:

So my ranks dropped from position 47 to 87 during the 2 weeks after the page was indexed.

But after I hit it with just 20 Tumblr links, I already hit postition 15.

And those were the only links I built to the page.

What I would do after the Tumblr backlinks I’ve personally ranked keywords with just a bunch of Tumblr links but that’s not always enough to get it in the first position.

That’s why I recommend starting with 20 Tumblr links and seeing where you land.

If you’re not in the position you’d like to be, I would recommend building other types of web 2.0s instead of Tumblrs to diversify your link profile.

If you want to learn how to build web 2.0s the right way, then check out the SEO Blueprint.

In the SEO Blueprint, I take you through how I create my web 2.0s and rank websites.

Here are some more example of pages being pushed with just Tumblr links:

And these are just a few examples. I have pushed so many pages with just a fewTumblrs.

The magic really happens when you build your Tumblrs the correct way.

Do you want me to build Tumblr links for you?

I have a network of powerful Tumblr links.

I have used these to rank my websites #1 on Google and bank $$$.

I will build 10 high page authority Tumblrs for only $70.

These links will be permanent and will push your rankings.

Make sure to email me at zukais@clickdo.co.uk if you’re interested.

Yes, Tumblr backlinks still work in 2018 if you build them the right way.

For the most part, the reason why people don’t rank when they build Tumblr links…

…is because they haven’t even optimised their blog post that they want to rank. If you can’t even do that, then you may as well forget about ranking.

A lot of people seem to think that they can throw up an article on Tumblr and just rank.

When in reality, they need to treat their Tumblr like a real profile.

Q: Do my other sites still hold?

A: Till this day, the sites I ranked with Tumblrs still hold in the SERPs and bring in traffic and money.

Q: Should I interlink my Tumblrs?

A: No, don’t do this. This is a big no-no. You don’t want Google to know you’re creating these links and by linking them together, that’s an obvious giveaway.

Zukais
I'm an SEO Consultant and expert in SEO. I help businesses rank their pages in Google, bringing them new leads, customers and ultimately, I help grow businesses with ClickDo Ltd, one of the most highly rated marketing agencies in London. I'm notoriously known as the SEO who squishes the competition when paired with a business owner who's serious about his SEO because I build some of the most high authority backlinks a person can get their hands on. I also like adding some heat in the Google results pages by having a robust Google Adwords campaign running.